This statue of Mrs Emmeline Pankhurst, erected by her admiring and loving followers, will remain THE memorial to her at Westminster. 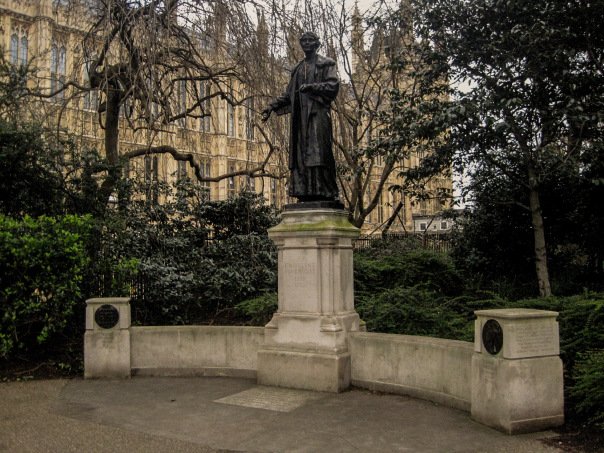 I reported on 15 September the very welcome news that, as a result of a vigorous public protest, Sir Neil Thorne and the Emmeline Pankhurst Trust had withdrawn the planning applications they had made to Westminster Council to remove the existing statue of Emmeline Pankhurst and resite it in Regent’s Park.

They had made these applications in order to make way for a new statue of Mrs Pankhurst that they had commissioned, for reasons that are not entirely clear, and intended to place on Canning Green to the west of Parliament Square.

The planning application came up for consideration at a meeting held on 2 October 2018, the minutes of which were issued on 15 October 2018. Perhaps unsurprisingly the decision was:

That the application be refused on the grounds that it is contrary to the Council’s Saturation policy for the reasons set out on page 18 of the agenda and due to the presence of a second statue of Emmeline Pankhurst in the vicinity.

You can read the minuted report here – https://tinyurl.com/yahasea2.

I won’t begin to wonder how much money and time has been spent on this project – or why. You may each have your own views.

The result seems to be a victory for both historical – and common – sense.

This entry was posted on October 22, 2018, 8:28 am and is filed under Suffrage Stories. You can follow any responses to this entry through RSS 2.0. You can leave a response, or trackback from your own site.