As I have explained in previous posts, the militant suffrage societies, the Women’s Freedom League and the Women’s Social and Political Union, laid plans to boycott the 1911 census. They urged individual supporters to either refuse to complete their census form or to evade the enumerator by absenting themselves from home on census night.

In order to provide shelter for would-be evaders some local branches of the societies organised  ‘events’ – either in houses taken specially for the occasion or in the branch office.

In  Votes for Women, 24 March 1911, under the heading: ‘Some Country Arrangements’, the Leicester WSPU branch revealed their plan. ‘An all-night party is being arranged. Apply for all arrangements to Miss Dorothy Pethick, 14 Bowling Green Street, Leicester.

Dorothy Pethick, then the WSPU organizer in Leicester, was the sister of Mrs Emmeline Pethick Lawrence, one of the WSPU leaders. Kate Frye was to encounter her two years later, while campaigning at the Reading by-election in  October 1913 and described her (see Campaigning for the Vote ) as ‘very like her sister, Mrs P Lawrence and is very nice. Most compassionate’ –  ‘She went off dressed up to the nines to sell Votes [for Women]. 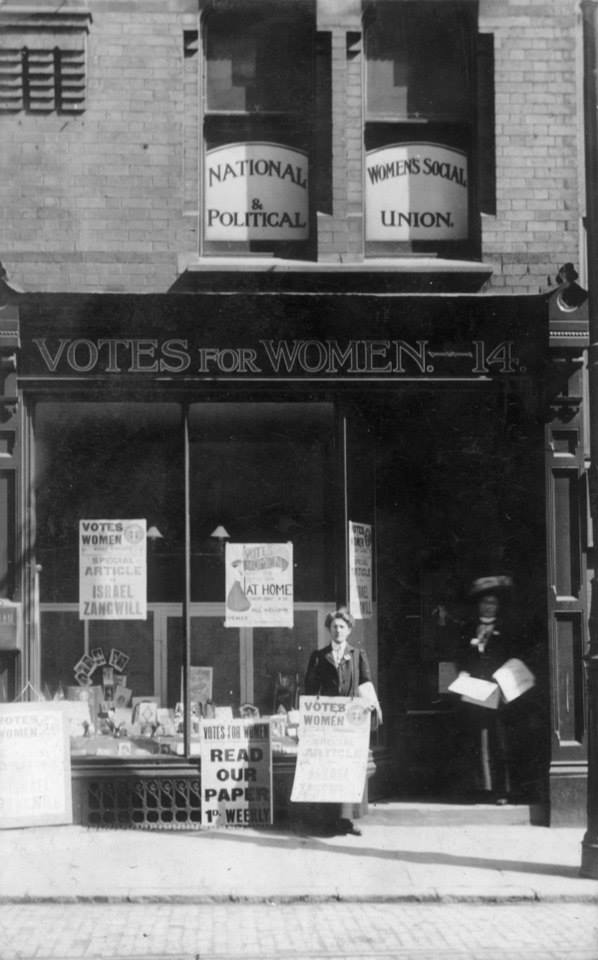 Leicester WSPU Shop – scene of the all-night party on the night on 2 April 1911 (courtesy of alicesuffragette.co.uk)

‘Suffragettes – about 20 – varying in age from 17 to 50. Most of these were people of no occupation – a doctor’s wife and daughter were amongst them.’

He appears to have taken matters further than any other Registrar and had spent some time inspecting:

to come to the conclusion that:

‘Number of members in Leicester and Leicestershire 264

Number accounted for on schedules 72

There were 33 females in and out of this building during the night.’

That is the most thorough contemporary assessment by a Registrar of a local WSPU census boycott that I’ve yet seen. He appears to have taken the trouble to check the names of those listed in the WSPU Report against the names of those who had completed census forms.

The ‘doctor’s wife and daughter’ mentioned by the Registrar will be Mrs Alice Pemberton Peake, wife of William Pemberton Peake, ‘medical practitioner’, who lived at 21 Oxford Street, Leicester. On census night he was at home with his daughter, Lily (aged 19) and son, Charles (aged 14) and one servant. He described himself as ‘married’, but of his wife and second daughter, Helena (aged 17), there is no trace. On 21 March Mrs Pemberton Peake had taken the chair at a WSPU meeting in Leicester.

Alice Hawkins was another WSPU member absent from home on census night – she’d doubtless joined the party at 14 Bowling Green Lane. Another WSPU member, Evelyn Carryer, had written ‘No Vote No Census’ across her form and gave no other details – other than writing ‘unenfranchised’ in the Disability Column – but it isn’t clear from this whether she had actually absented herself as well as making this written protest. More research might, by a process of elimination, build up a picture of the others of the  13 census evaders who spent the night at 14 Bowling Green Street on the night of 2 April 1911. The picture will, however, always be hazy. One hundred  years later it is well nigh impossible to place an evader with total certainty in any particular place. Although the boycott had little effect on national statistics, it certainly was successful in hiding from history the determined evader.

This entry was posted on November 29, 2013, 11:31 am and is filed under 1911 Census, Suffrage Stories. You can follow any responses to this entry through RSS 2.0. You can leave a response, or trackback from your own site.