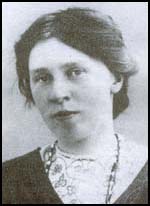 ‘NO VOTE NO CENSUS Posterity will know how to judge the Government if it persists in bringing about the falsification of national statistics instead of acting on its own principles and making itself truly representational of the people.’ Mary Phillips

This is the statement that Mary Phillips, the Women’s Social and Political Union (WSPU) organizer, wrote across the census form issued for 68 Manningham Lane, Bradford – the WSPU’s office.

The Enumerator noted in his Census Summary Book that 68 Manningham Lane was ‘a Lock Up Shop no sleeping accommodation’. Nothwithstanding,  he recorded that Mary Phillips and 9 other females – suffragettes – had spent the night there – but that he was unable to obtain any information about them.

Mary Phillips had advertised in Votes for Women (31 March) the ‘At Home’ for Census Night – from 11pm on 2 April to noon on Monday 3 April – and I wonder if she was rather disappointed that she was supported by only 9 others. For what it is worth, there is no mention at all in the following week’s issue of the meeting planned for Wednesday 4 April in which members were to tell of ‘Where I spent Census Night’. Had Bradford, perhaps, not been that enthusiastic?

This entry was posted on November 15, 2013, 12:02 pm and is filed under 1911 Census, Suffrage Stories. You can follow any responses to this entry through RSS 2.0. You can leave a response, or trackback from your own site.