21 November 2018 marked the 100th anniversary of the passing of the Parliament (Qualification of Women) Act, by which women were for the first time able to stand for election as members of Parliament.

It was only earlier in the year, on 6 February, that some women (over 30 and fulfilling a small property qualification) had at long last been granted the parliamentary vote and now, as the Great War had come to an end, women actually had the prospect of sitting in the House of Commons.

The short bill, passing rapidly through all stages of the parliamentary process with little opposition, granted the right to stand for election to all women over the age of 21, although any woman of that age would have been unable to vote. A curious situation.

With a general election called for 14 December, there was little time for women to organize election campaigns, but in the event 17 women took to the hustings. Over the next couple of weeks I’ll tell you something about each one of these pioneers, taking them alphabetically.

This is the third: 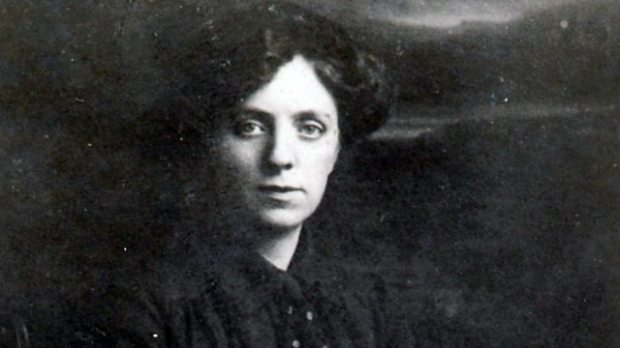 Miss Winifred Carney, who stood as a Sínn Féin candidate for the Victoria constituency in Belfast.

Winifred Carney (1887-1943), a Catholic brought up in the Falls Road area of Belfast, was by 1912 in charge of the Women’s Section of the Irish Textile Workers’ Union, before becoming secretary to James Connolly, founder of the Irish Socialist Republican Party. In 1914 she joined Cumann na mBan, the women’s auxiliary of the Irish Volunteers and was present at its first meeting.

Winifred Carney took part in the 1916 Easter Rising and was with Connolly in the Dublin GPO as he was wounded. She was arrested and was eventually moved to England, to Aylesbury Jail, finally released at the end of 1916.

At the 1918 election Winifred Carney polled 539 votes and was heavily defeated, coming last of the three candidates, her defeat due more to politics than to gender, for the Victoria constituency in East Belfast covered the dock area and was traditionally Unionist. It was unsurprising that Winifred Carney lost to a Labour Unionist candidate, even though in other constituencies Sínn Féin were very successful. winning 73 out of the 105 seats they contested.

It is to be noted that, other than including Winifred Carney in the list of women standing for election, the National Union of Women’s Suffrage Societies did not give any space in their paper, Common Cause, to her manifesto – or give any details of her campaign.

This entry was posted on November 23, 2018, 12:06 pm and is filed under Suffrage Stories. You can follow any responses to this entry through RSS 2.0. You can leave a response, or trackback from your own site.