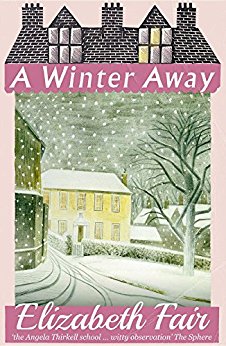 Last autumn, under the title, Something A Little Different: Furrowed Middlebrow Books , I wrote about a commission I had been given to write forewords to several novels by Rachel Ferguson and Winifred Peck, reprinted by Dean Street Press.

It was a pleasure to be invited back by the publishers to write a foreword introducing six novels by Elizabeth Fair, an author who, after achieving a degree of popularity in the 1950s, had become all but unknown. I very much enjoyed uncovering something of the author and reading her novels, well-written, charming, and redolent of a world that has most certainly past.

I love the detective work involved and was very fortunate that, having read the author’s will, I was able to make contact with someone who had known her well. On a cold, wet day in January I went to Cambridge (fortuitously combining this research visit with taking possession of some items I had just bought at a Cambridge auction house) and had a most interesting conversation about Elizabeth Fair. Moreover, I was shown the author’s diary dating from around the time her first novel was first published which gave a brief glimpse into her life and, incidentally, revealed something of the way that tyro authors were treated by publishers in those days – rather well was my conclusion. The diary revealed that Hutchinson, her  publisher, had booked her a session with Angus McBean, a most highly regarded portrait photographer and it is his photograph that appears on the dustwrappers of the original editions of her books. My hostess had inherited furniture and pictures from Elizabeth Fair and these went some way to furnish in my mind the homes that she had lived in.

The novels have been given very stylish covers – five of them are based on Eric Ravilious illustrations, but one, The Native Heath, uses the artwork that appeared on the dustwrapper of the original edition – early work of a very young Shirley Hughes.

You can find details of all Elizabeth Fair’s novels, with my Introduction, here.

This entry was posted on May 4, 2017, 11:37 am and is filed under Uncategorized. You can follow any responses to this entry through RSS 2.0. You can leave a response, or trackback from your own site.