Mariana Starke: With Thanks To Mrs Crespigny From ‘The Poor Soldier’, ‘The British Orphan’ And ‘The Widow of Malabar’

The period 1789-91 was a busy and important time for Mariana Starke, who was still only in her mid-twenties. For her very public success she owed everything to the patronage of Mrs Crespigny, for more about whom see Mariana Starke: The Mystery of the Bodleian Diary. 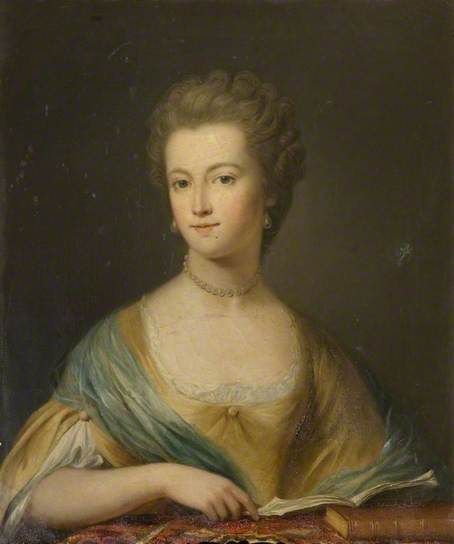 In March 1789 Mariana’s long poem, The Poor Soldier, An American Tale was published by J. Walter (who in 1787 had published her first work, A Theatre of Education). The work was advertised as ‘founded on a recent fact and inscribed to Mrs Crespigny’. The poem tells how Mrs Crespigny,  travelling in her coach across Westminster Bridge, stopped to give alms  to a beggar. He turned out to be an American Loyalist, Charles Short, who had lost his home, wife, children and leg during the American Revolution. Remaining loyal to the Crown, he had resisted the call to join the Congress forces and had ‘left his happy Cot, his fair domains/ To war for thee on Carolina’s Plains’.

The poem tells how Mrs Crespigny intervened to grant him his heart’s desire, a place, as a veteran soldier, in the Chelsea Hospital. Alas, though, the offer came too late for the Poor Soldier, who died before he could take up his place. Although Mariana was herself a true-blood Royalist/Loyalist, and those in America fighting to free themselves from Britain were of the planter class, I wonder if her knowledge of her great-grandfather’s involvement with Virginia – as the owner of tobacco plantations, added to her interest in this story. The poem proved sufficiently popular for the publisher to issue a second edition in July 1789.

A couple of weeks after the first publication of The Poor Soldier,  The Times reported on 7 April that ‘At Mrs Crespigny’s temporary theatre at her house at Camberwell Miss Starke and Mr Starke  took part in The Tragedy of Douglas.’ The performance had, in fact, taken place on 4 April with a cast that included Mrs Crespigny, her son, William, Mariana Starke, her brother, Richard, and a Mr Bayley. The play had been written by John Home in the 1750s but for this production Mrs Crespigny had given it a new, happy, ending. On 30 April the Public Advertiser reprinted her new Prologue, in which she warned that ”If in our play some alter’d scenes you find/They owe their merit to a female mind’.

Two months later, in July (as described in a previous post), ‘The Sword of Peace’,  was back on stage at the Theatre Royal Haymarket, and the text was published by J. Debrett..

In its issue dated 29 December 1789 The World mentioned that Mrs Crespigny was planning another theatrical and tried to dispel the rumour that the new play was ‘by a lady’. The report also mentioned that Mr Starke was’exerting his pencil’ and Miss C. Fanshaw had adorned the theatre with a Tragic and a Comic Muse ‘painted in a novel and very superior stile’. ‘Mr Starke’ was surely Mariana’s brother Richard and ‘Miss C. Fanshaw’  Catherine Fanshawe (1765-1834),who is now better known as a poet than a scenic designer, but see here for an example of her art . The Starkes had been very friendly for many years with the Fanshawes, who were Surrey neighbours.

This play, The British Orphan, opened at Mrs Crespigny’s Camberwell theatre on 7 April 1790.The Public Advertiser of 10 April reported that ‘The author of The British Orphan was not announced but he is certainly of the modern school. The principal incident of the piece is founded on the idea of suspended animation..”The dresses were extremely splendid and the scenery was characteristic and painted with great spirit’. For all the attempts to dissemble and pass the author off as a man, it was Mariana who was this author ‘of the modern school’; the play, alas, was never published and no text survives. The cast included Mrs Crespigny, Richard Starke, Mr Thomas (who may have been the Mr Thomas who was soon to marry Millecent Parkhurst), and a Mr Fitz-Gerald, who wrote the Prologue. The accompanying music was composed by R.J.S. Stevens, who mentions the experience in his Recollections. His work was a setting of a poem by Mariana, Saints and Angels hear our strains, hear our strains from purging fire. Interestingly, he appears to have been vehemently opposed to private theatricals ‘a species of entertainment very injurious to young minds; destructive of their innocence and modesty; and equally endangering their piece and happiness.’

Mrs Larpent, wife of the inspector of plays in the Lord Chamberlain’s office, was in the audience for the first night of The British Orphan, writing in her diary on 7 April ‘..to Camberwell to Mrs Crespigny’s to see Miss Starke and others, act The British Orphan, a tragedy written by Miss Starke. Mrs Crespigny acted the heroine, and Roxana, in The Sultan, which was the Afterpiece. The Scenery was very pretty, the dresses very elegant. The Acting outrée. And the whole absurd. I was shocked – I disapprove the whole. Acting revolts in Women against Feminine delicacy – in Men against Manly decorum – My spirits were hurt with contemplating so much folly, I could not be amused. I was sorry to see Miss Starke thus traverstie – and as she was – as I should grieve to see a worthy man I esteemed, intoxicated’. Mariana had, as author, presumably written for herself a part that required her, for some of her scenes, to  dress as a man – and thereby outrage Mrs Larpent’s sensitivities.   She was, in fact, the heroine, Eliza, who arises out of her coffin after a period of  suspended animation. Mrs Crespigny played her sister, Isabella.

Barely a month later, on 5 May, Mariana’s new play, The Widow of Malabar, was given its first public performance at the Theatre Royal Covent Garden. Embellished with the rituals of Indian sati – a burning funeral pyre – and with specially composed music, it was something of a spectacle. Mrs Larpent was again in the audience – ‘We went to the Play, saw The Widow of Malabar, a free translation from the French, by Miss Starke on the fate of an Indian widow, who burns herself. I was ennuiée. I will not criticise. Dramatic Interest is wanting, it is a showy performance’. If by  ‘showy performance’ she meant to single out one actress, she may have been referring to ‘Miss Brunton’, who The World reported on 6 May, had received the play as a present from Miss Starke, that is, this first night was a ‘Benefit’ performance for her. ‘Miss Brunton’ was likely to be Ann Brunton, the elder of a family of actress sisters. 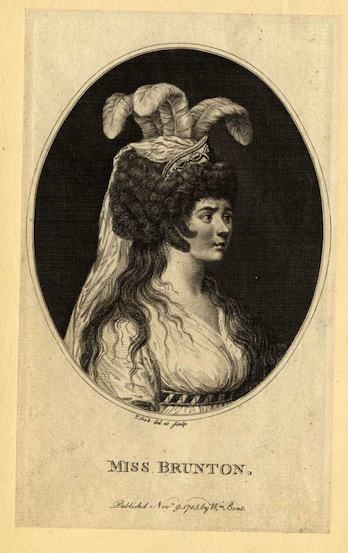 Ann Brunton (as Cordelia in ‘King Lear’, 1785)..This engraving by T. Cook and William Brent, courtesy of Women in Theatre Collection, Univeristy of Illinois Library

Fortunately other critics, such as that writing for the Whitehall Evening Post (6 May), were kinder to The Widow of Malabar than was Mrs Larpent and on 27 May it was announced that ‘Miss Starke’s Widow has been accepted by Mr Harris for the next season’. Thus the play was back at the Theatre Royal Covent Garden for more performances in January 1791.

Thanks to the newly discovered diary in the Bodleian Library we know that Mrs Crespigny was in the theatre on that second, as it were, first night – 12 January – ‘Miss Starke’s play The Widow of Malabar came on and it went off extremely well  – but Lady Salisbury took my Box which caused great confusion’. She was back a week later on Wednesday 19 January for ‘Third night of The Widow. Miss Starke had a very full house. I sent [?] vast numbers – filled 10 rows of pit & nearly all the Boxes – & numbers [?] into the Gallery.’

The play was a considerable success, often staged in succeeding years. Although derived from La Veuve du Malabar,  a play by Lemierre, Mrs Larpent was incorrect in referring to it as a translation, it was, rather, a free interpretation. In Mariana’s version the widow is saved from the funeral pyre by an Englishman. In the edition of Mariana’s play, published by William Lane in 1791, her dedication, dated 24 January,  is, unsurprisingly, to Mrs Crespigny, who had given such active support, not least of all by packing the theatre with her friends during the previous fortnight.

See D. O’Quinn, ‘Battling Hindu Superstition on the London Stage’ in M. Franklin (ed), Romantic Representations of British India, Routledge, 2006, for an interesting discussion of the text of Mariana Starke’s The Widow of Malabar.

This entry was posted on April 17, 2014, 8:31 am and is filed under Mariana Starke. You can follow any responses to this entry through RSS 2.0. You can leave a response, or trackback from your own site.