Posted by womanandhersphere in 1911 Census, Suffrage Stories on November 11, 2013 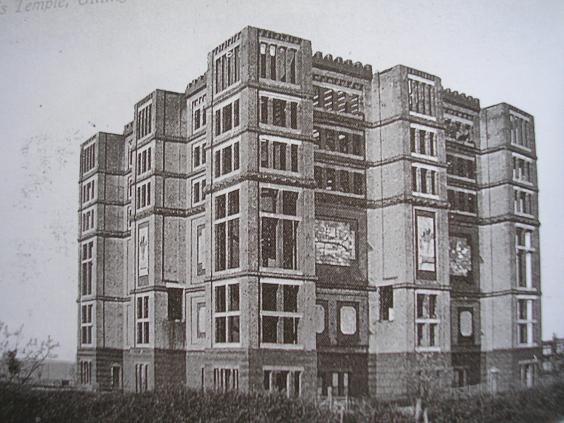 It was in a hall associated with the crazy folly that was Jezreel’s Tower that a band of Gillingham suffragettes amused themselves on the night of 2 April 1911 as they sought to evade the census enumerator.

The protest was arranged by Laura Ainsworth (for whose biographical details see her entry in my The Women’s Suffrage Movement: a reference guide), who had a couple of months earlier taken up her post as WSPU organizer in North Kent, charged with starting a campaign to cover Maidstone, Chatham, Gravesend and Sittingbourne. For a photo of Laura Ainsworth click here

Not long after her arrival the WSPU revealed that it planned to call on its members to boycott the national census – the point being that for this census the government had constructed a new set of questions directly relating to women’s fertility, with the intention of using the resulting statistics as a basis for future legislation. Suffragettes argued that the government could hardly expect them to co-operate when, without a parliamentary vote, they would have no control over any new laws affecting their work and welfare.

Laura Ainsworth called on the women of North Kent to join in this boycott, on 24 March announcing in Votes for Women that in order to provide a place for women to shelter so as to be absent from their own homes on the night of 2 April – and thereby not be counted by the enumerator there –  ‘A public hall has been taken and a social evening is being arranged. The hall will be open at 11.30 pm. Refreshments are being provided.’

The ‘public hall’ that was rented was the Dancing Academy run by 31-year-old Mrs Alice Ada Worrall in Jezreel Hall, Canterbury Street, Gillingham. Mrs Worrall and her husband, William, an engine fitter and nominal principal of the Dancing Academy, were safely at home (71 Duncan Road, Gillingham) with their three children on census night. Presumably they were not active WSPU supporters, merely happy to take an evening’s rent for their premises. 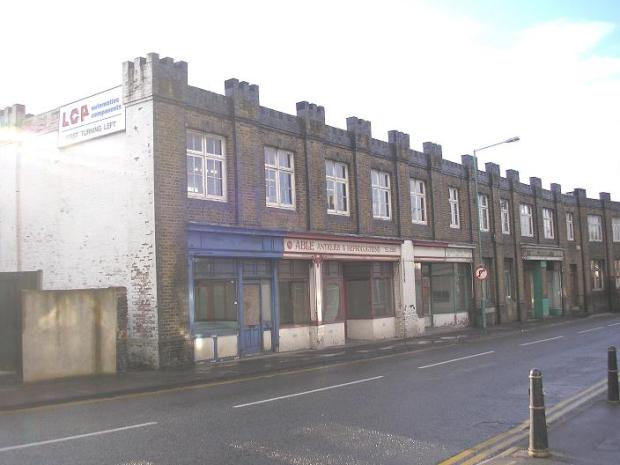 Jezreel’s Buildings, Canterbury Street, before their demolition in 2008. (Image courtesy of Medway Lines.com)

I’m sure a local Gillingham historian will be able to correct me if I’m wrong, but I assume that there was a hall – Jezreel’s Hall – within this block associated with the Tower and that was where the Dancing Academy was sited. I’ve come as near as I can to getting the information correct because (thanks to my new zippy computer and the complicated dance between two websites – Ancestry.com and Findmypast.com) I have at last uncovered the census form that was completed by the enumerator that night.

The address on the form is ‘Dancing Academy, Jezreel’s Hall, Canterbury Street. Gillingham’. The ‘Head of House’ is ‘Mr Worrall’.

The form is unsigned, presumably completed by the Registrar, who notes ‘Party of Suffragettes assembled in Dancing Academy – 40 in number 1 male and 39 females’.

The suffragettes may have intended for their boycott to escape totally the notice of the census authorities – even though we can be sure the latter were studying the pages of Votes for Women and would have known that something was planned in the area. However, as the Chatham, Rochester and Gillingham News reported on 8 April, the exuberance of the party caused so much noise that the police came to investigate. They then alerted the enumerator who was able to record the numbers present. It was the knowledge that such a form did exist that has been so tantalizing. Even though the Gillingham boycotters were not very successful in eluding the enumerator they have certainly foxed for a good long time this 1911 census detective.

You can read here a piece that BBC Kent put up on its website on the 100th anniversary of the census boycott back in 2011 and here a post written by a Chatham Grammar School for Girls pupil after a visit to the Medway Archives.  To listen to a talk I gave on the suffragette boycott at a National Archives conference on the 1911 census click here