Campaigning For The Vote: Kate In Dover 100 Years Ago: A Sunday Visit From John, May 1913 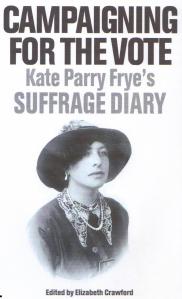 Kate Frye  is working in Dover, lodging  at 26 Randolph Gardens with the Miss Burkitts’, who are WSPU sympathisers and aunts of Hilda Burkitt, a well-known suffragette. A vignette of life in ‘digs’.

‘Poor Gertie’ was, as Kate explains in a previous entry, ‘Miss Odames – a being from Leicester who used to work in a Factory but is now quite well to do. She is very common and very plain.’ ‘Gertie’ was ‘Agnes Gertrude Odames, born in Leicester c 1878 who, in 1901, was a ‘corset maker’ but who, with her sister, was in 1911 able to describe herself as ‘of private means’. Gertie married in 1917 and when she died in 1951 left over £1000, having probably lived a more comfortable life than Kate. I have, as yet, been unable to identify ‘Bertie Bowler’.

A glorious day and quite hot. The others all of to Church. I as usual on Sunday took my time in getting up. While I was in the bathroom the young gentleman who we have been hoping and longing for came to say he would take the rooms. Miss Minn was in. I had to wait until he had departed to get upstairs. We are very excited.

I wore my thin coat and skirt out for the first time without a top coat. Walked along the front to the Town station and met John [her fiance, an actor] at 12.30. He had come down by the Miss Burkitts’ invitation to spend the day. We had not met for 5 months. It was very exciting. I think he was pleased and I enjoyed having him. He looks alright though a trifle thin – came to London last Sunday at the close of the Repertory season at Liverpool.

We walked along the front in the blazing sun and up and got in at 1.15. John behaved very nicely but of course he was a stranger in that homely atmosphere – however the Miss Burkitts seemed to get on with him. 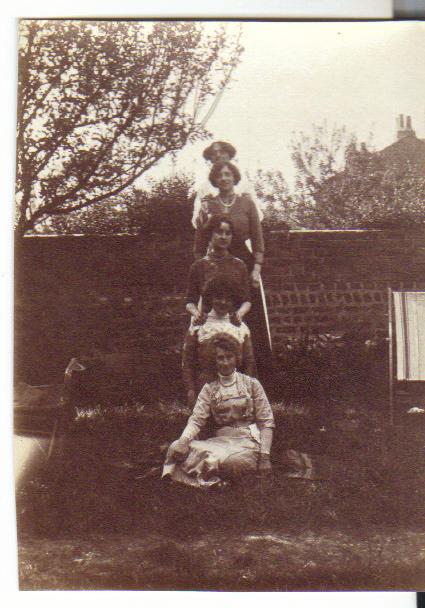 We went in the garden afterwards and John took snapshots of the group and Janet [Capell] came in to be introduced. Then John and I took a tram as far as it went and strolled about the Admiralty Pier. It was a gorgeous afternoon. We had permission to be late for tea so we walked along the front and took a photograph of Mrs Wilson’s house and then back to tea. 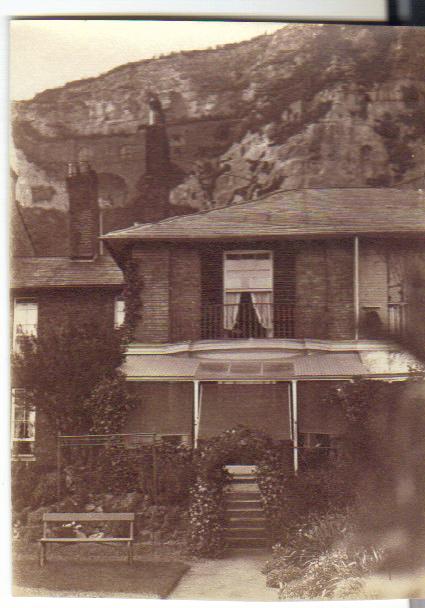 Mrs Wilson’s house at 5 East Cliff, Dover, photographed by John Collins while he and Kate were out for their walk

Then we sat in the garden and Bertie Bowler was there and sang his Ditties. I had told John to be nice to him – and BB said afterwards how nice he was. I don’t think John knew what to make of poor Gertie. Poor soul she looked hopeless in a stiffly starched white embroidery ready made gown. She says such amazing things.

Miss Minn took herself off to Church – a thing she never does in the evening but I think she is madly jealous. She was very nice when she said good-bye to John – said ‘I like you very much – I think you are almost good enough for our darling’ – but afterwards she never referred to him. Once or twice I dragged his name in but she wouldn’t say much. Poor Miss Minn. Miss Burkitt on the other hand chatted of him and said how much she liked him.

We had to walk as the trams were packed to the roof. I was not allowed on to the station – it was like a bank holiday – so i did not wait but came straight back on a Tram – just missing Miss Minn who had gone down after Church to come back with me. When I said she was naughty to go to Church – she said she thought the others would have had the sense to leave us alone together. I was very tired.

This entry was posted on May 23, 2013, 8:19 am and is filed under Kate Frye's suffrage diary. You can follow any responses to this entry through RSS 2.0. You can leave a response, or trackback from your own site.