Suffrage Stories/Campaigning for the Vote: Selfridge’s and Suffragettes

The Suffrage Annual and Women’s Who’s Who

Selfridge’s opened its glamorous, purpose-built store in Oxford Street on 15 March 1909 and Kate Frye, an ever curious shopper, paid her first visit there on 29 March. (For Kate’s published suffrage activities see here.)

In the morning Kate attended a meeting of the Dance Committee of which she, along with the actress Eva Moore, was a member – they were organising a fund-raising dance for the New Constitutional Society for Women’s Suffrage. Then she met her fiance, John Collins, and, together, they went along to inspect Selfridge’s.

‘We had some lunch there and did the roof and tried to make ourselves giddy – it was lovely up there. Then we systematically did the shop beginning with the top. We had 2d of gramophone each and generally played about and it was 4.30 by the time we had finished. It is a wonderful building but there is nothing in the goods to especially attract. The place was packed and a good many people were buying.’

Kate was, of course, a keen suffrage sympathiser and, although she may not, on that first visit, have appreciated it, Selfridge’s was to be generally supportive of the suffrage cause.  For four years later, advertising itself as ‘Selfridge and Co: The Modern Woman’s Club-Store’ on the book’s purple cover, Selfridge’s put its stamp on what is now one of the most useful research tools available to suffrage historians.

The Suffrage Annual and Women’s Who’s Who, published in 1913,  contains irreplaceable details about women involved in the suffrage campaign – both militants and constitutionalists. It is likely that  Selfridge’s underwrote much of the expense of producing it for, as you see, besides its cover advertisement, the store took running advertisements along the foot of every page.

However, one clear link between Selfridge’s and the suffragettes is this woman, Gladys Evans, the daughter of  a man, now dead, who had owned the British weekly magazine Vanity Fair –a very influential ‘society’ paper  ( not to be confused with the Conde Naste magazine which in 1914 adopted the name). Gladys joined Selfridge’s in 1908 in preparation for the opening of the new store and worked there for over a year before leaving to take over a WSPU shop. In 1911 she emigrated to Canada, where a sister had settled, but returned in March 1912 after learning of the arrests of Mrs Pankhurst and Mr and Mrs Pethick Lawrence.

Firmly back on the WSPU warpath, in July 1912 Gladys went over to Dublin where Asquith was on a formal visit and, with other suffragettes, Mary Leigh and Jennie Baines, set fire to a theatre – empty at the time – but the one in which Asquith was due to speak that evening. Gladys Evans was given a long prison sentence, went on hunger strike and was forcibly fed for 58 days.

There was a good deal of lobbying to get her and her companions given the status of political prisoners – which would have allowed them better conditions. One of those who wrote on Gladys’ behalf was Selfridge’s staff manager, Mr Best. and 253 of the store’s employees signed a Memorial sent to the Lord Lieutenant of Ireland pleading for a remission of Gladys Evans’ sentence – see Votes for Women, 6 September 1912. Apparently, even Mr Selfridge himself was sympathetic, though reluctant to put pen to paper in Gladys’ support because, as an American, he thought it might look as though he were trying to interfere in matters that didn’t concern him. Gladys and Mary Leigh were eventually returned to England, where they promptly gave the police the slip and went on the run.

For most of her later life Gladys Evans lived in the US, dying at the age of 90 in Los Angeles. Evans’ family history relates that Gladys gave all her suffragette papers to the New York Public Library. I have not, however, been able to find a listing for them. That might be a research project for an interested New Yorker.

Selfridge’s suffrage sympathies may have stood the store in good stead when the WSPU went on its window-smashing campaigns in November 1911 and March 1912.  Many department stores- even those which, like Swan and Edgar, were regular advertisers in Votes for Women – were targeted. But Selfridge’s  windows – 21 in all, of which 12 contained the largest sheets of plate glass in the world – escaped unscathed. 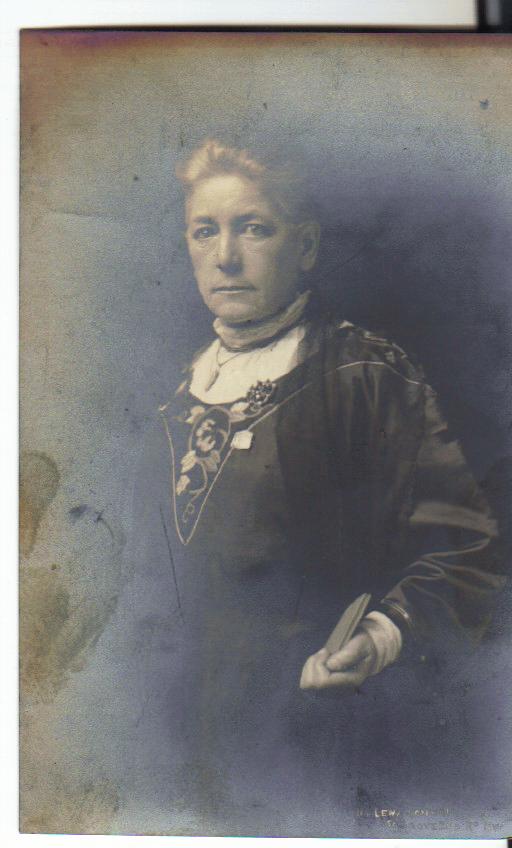 However in February 1913, in protest against the fact that the government had been withdrawn the proposed Franchise Bill, Sarah Benett, one-time treasurer of the Women’s Freedom League, was sentenced to six month’s imprisonment after breaking one of these windows.  Incidentally, Sarah Benett in 1916 sent a donation to Maud Arncliffe Sennett towards the expense of employing Gladys Evans as an organizer for the Northern Men’s Federation for Women’s Suffrage.

This entry was posted on May 16, 2013, 12:40 pm and is filed under Kate Frye's suffrage diary, Suffrage Stories. You can follow any responses to this entry through RSS 2.0. You can leave a response, or trackback from your own site.